Transformation through Experiential Learning and Application 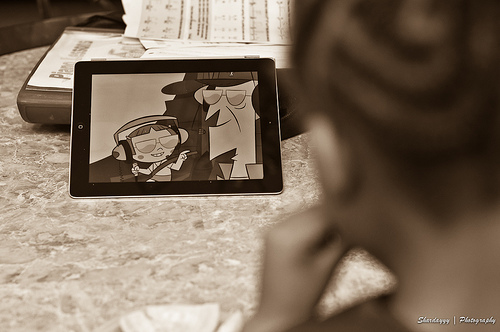 Is Data Tunnel Vision Stifling Creativity And Killing Your Business? Key Lessons from Netflix and Zynga

Business leaders are realizing that data has quickly become one of the most important tools for growing a business. With greater expectations from investors for immediate returns, the bottom line financials have become an obsessive focus in today’s rapidly changing marketplace. Anyone who suggests a change that might move away from the trends followed by the herd is likely to be ignored; it’s viewed as too risky in a climate that expects immediate results.

Managers may say they want creativity and innovation, yet often, they encourage their employees to do exactly the same thing their competitors are doing, in order to feel more secure in their decisions as they relate to the bottom line. But, while that data-driven and financially geared mentality certainly has its place, too heavy an emphasis on this type of thinking can also dilute a focus on customers, people and products and detract from the overall appeal of a brand. And ultimately, it is the balance of creativity and data in the workplace that allows businesses to leap-frog their competition and thrive.

So, the question is this: Is data and short-term financial focus stifling the kind of creativity required to make businesses great?

Just a few years ago, it seemed as though everyone had a FarmVille account. In 2010, Zynga pulled in more than $90 million worth of profits. Just a few short years later, Zynga is looking at what has been termed a “rocky short-term future.” But, why?

The first reason is that Zynga’s business model leaves a great deal to be desired. Instead of creating the whimsical characters and fun stories that capture players’ hearts, Zynga started simply reproducing games that they thought would be successful based strictly on historical data, keeping little or no heart behind them and losing sight of how the creativity of social games could apply to new platforms.

“I don’t fucking want innovation,” an anonymous ex-employee recalls CEO Mark Pincus saying in 2010, according to the SF Weekly. “You’re not smarter than your competitor. Just copy what they do and do it until you get their numbers.”

As a result of this mentality, Zynga, as a company, started on a rapid decline. When the games were fun and exciting, with plenty of opportunities for players to advance and enjoy, without needing to shell out a great deal of money, players were eager to spend in order to advance their games. They bought exclusive content, hurried the game timers along so that they could play more, and excitedly anticipated seasonal or holiday content. As the focus on fun and whimsy shifted, however, the games became very different.

For Zynga, the obsession to optimize in only one way, on only one platform increased with a hyper focus on data and financial growth. But, without a balancing focus on creativity and innovation, the company unknowingly built the cliff for its own downfall.

“You could always fight back, but ultimately what it came down to was: I could always argue that this would make the game fun, but I had a PM tell me—many times—that they ‘couldn’t get data on fun,'” said Jason Pyke, a former Zynga designer who lost his job as part of their significant layoffs in June 2013.

As the games became more focused on premium content, players felt that the games had lost their shine, and the number of people playing the game decreased substantially. “Steal somebody else’s game, throw millions of dollars at it, and then, if it doesn’t have it already, add virtual coins,” has been described as the company’s approach—and this shortsightedness is what has led to Zynga’s downfall.

Balancing Creativity and Data in the Workplace

While data is certainly important, a business that focuses on data, to the exclusion of creativity, will quickly discover the same problem Zynga has encountered: customers’ attention simply isn’t being captured.

Creativity combined with a focus on data is the golden ticket to customer engagement and satisfaction. Customers don’t want to see cookie cutter businesses that all offer exactly the same thing. Instead, they want to see creative solutions, unique marketing, and innovation centered around data insights they themselves may not have thought about. An unbalanced focus on data or creativity removes these important criteria from the equation, ultimately leading to dissatisfied customers.

Your business strategy can’t just be a game of incrementally improved “me too” products, channel attribution or simplistic digital marketing metrics. Instead, you should encourage your product and marketing teams to collaborate and use in-depth data and other mechanisms to understand the emotions and motivations of your consumers. Your final goal should be to spur creativity from both these departments, and in every area of your business, pushing for the ultimate left brain/right brain tension and balance.

For a business to really thrive, there needs to be harmony between data and creativity. Data can support innovation, but it can’t create it. Your creative minds and data geeks need to work together in order to build a product, marketing and operations strategy that will appeal to your customers on an emotional level, leading them to support your business above the others in your industry.

Netflix: What Are They Doing Right?

Several years ago, Netflix was a small, mail-order service. A relatively small number of people used it, and those who did questioned whether or not it would be around for a long time. Today, however, Netflix is a digital streaming powerhouse with a selection of original shows and movies that leave the audience hungry for more.

How did they do it? Netflix combines a heavy reliance on data, including the types of movies and shows that customers want to see, with the imaginative element that people crave. They hired the best creative teams in the industry to help craft hit shows that have brought in 45 Emmys, 10 Golden Globes, and 3 Academy Awards, and they did it all while integrating the incredible amount of data that comes their way.

”We climb under the hood and get all greasy with algorithms, numbers and vast amounts of data,” admits Todd Yellin, Netflix’s vice president of product innovation. “Getting to know a user, millions of them, and what they play. If they play one title, what did they play after, before, what did they abandon after five minutes?”

Netflix is in in the unique position of being able to get to know their customers incredibly well, filling their databases with information that can help them produce the shows that these customers will love. So, Netflix has set out to do exactly that.

They’re very clear about the fact that there’s no magic formula that will automatically produce the perfect television show. It’s still the creative element that always takes them by surprise.

Cindy Holland, head of original content at Netflix, says, “[The] information doesn’t give us a crystal ball,” and she’s right. Viewers can still surprise the creators with what they do and don’t enjoy. Still, it’s the attention to data, combined with creativity, that has given Netflix much of its success.

The bottom line? Businesses that focus on data, without effectively integrating creativity, will eventually lose their way, or at best become a mediocre, low-margin business. Data provides incredible insights into what businesses need to create truly great products and services, helping to answer the question of “what”. Human innovation and creativity, however, is a critical ingredient to answer the “how.” It takes both the left and right brain to make people fully functional and thrive. Why would it be any different when building and growing businesses that serve and add great value to people?